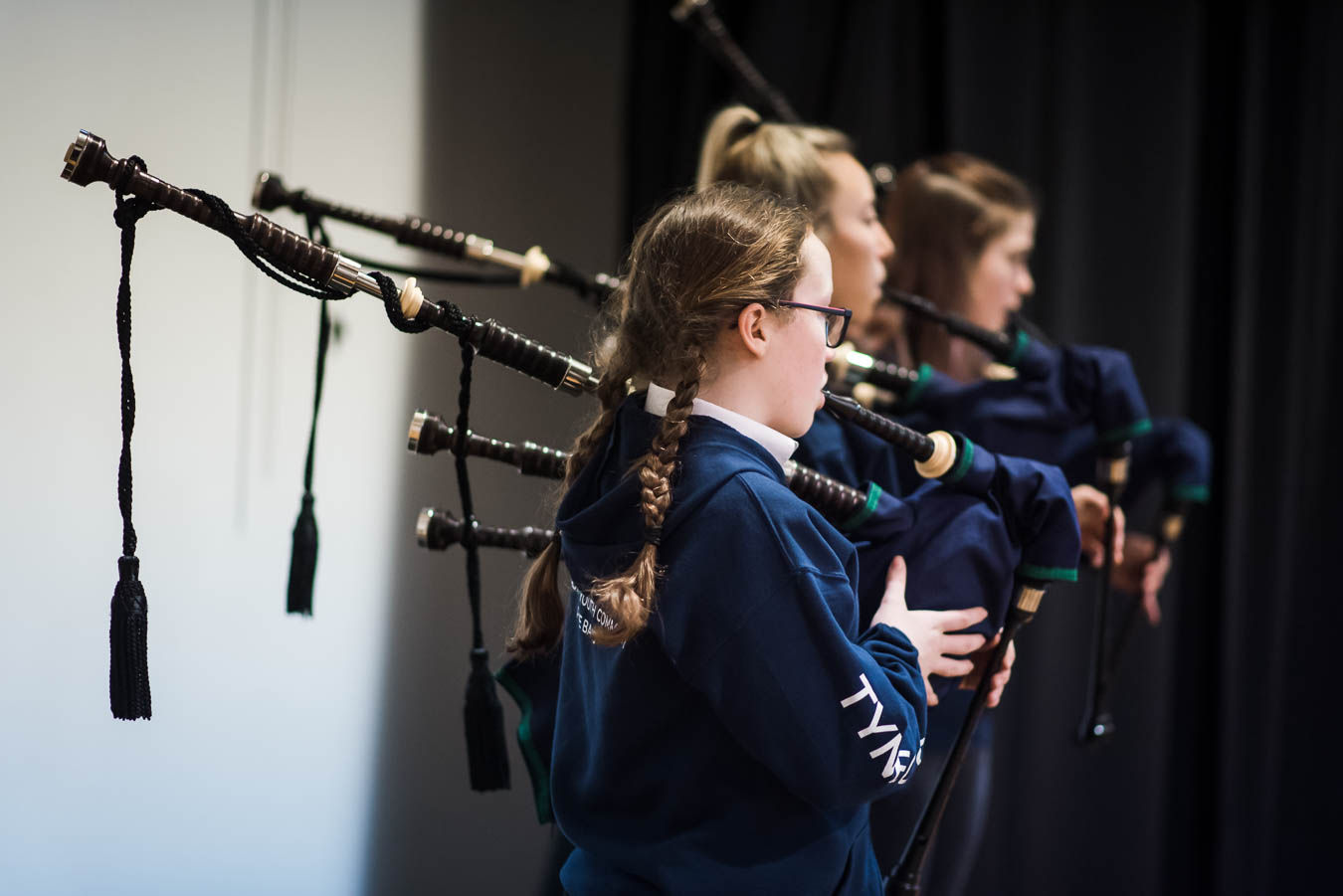 We loan bagpipes for up to three years to organisations that provide tuition during term time, however we strongly advise you raise funds during this time to purchase your own set.  There are some ideas below on how you can fundraise.

Busking is a useful way of raising funds.  You might want to consider major events locally or nationally.  A good example is the Edinburgh Festival, but there are many music festivals across the summer during which you could play, for example at HebCelt or Celtic Connections.  Busking at popular tourist spots like ferry terminals or viewpoints or in a town centre on a busy day can also work well.  You must always plan your busking with your family and with your tutor.

People often want a piper to play at a family event such as a birthday or wedding, and pipers are paid for this service.  You could offer your service as a piper to family and friends and explain that you are raising funds to buy your own set of pipes.

Playing as a group

Community organisers often seek pipers or a pipe band to lead off an event such as a summer fete.  There are also local clubs and associations that might want you to play for them.

Sometimes there might be a person in your community who used to play and has a set of un-used pipes who might lend them to your band or even donate them if they know that their pipes are going to a good home.  Your local newspaper would be interested in publishing a photo of you and your band members and would let people know that you would like to receive donations either of cash or old pipes that you can refurbish.

You could raise funds by organising a fundraising or sponsored event.  For example, you might organise a concert with your band and sell tickets, or you might ask people to sponsor you for doing something useful like a litter pick.

This is where you let people know that you are raising funds to buy a set of pipes, and you ask them to make a contribution, by posting on a website like GoFundMe.  Always do this with an adult, and follow the rules on the website.

Some charities support individual students studying music and may offer grants or interest free loans for instruments over a number of years.  There are normally more applicants than there is available finance, however, an application costs you nothing to complete and, if you fill it in well, you might have success.

Don’t forget to say thank you to any helper or donors and make sure they can see how their donation was used.  A letter of thanks can work wonders, and lets people know how you’ve progressed.

We use cookies to ensure that we give you the best experience on our website. If you continue to use this site we will assume that you are happy with it.Ok